Leanne McDonagh is a young Traveller woman born in 1990 and the 5th child of ten children. At school she excelled at art and was strongly encouraged by her teachers to fulfill her potential. Leanne began practicing art at Crawford College of Art & Design in 2007 and five years later she graduated with an Honours Degree in Fine Art as well as a Higher Diploma in Art & Design Education. As a visual artist she feels she has a unique opportunity to represent and record her community from within. 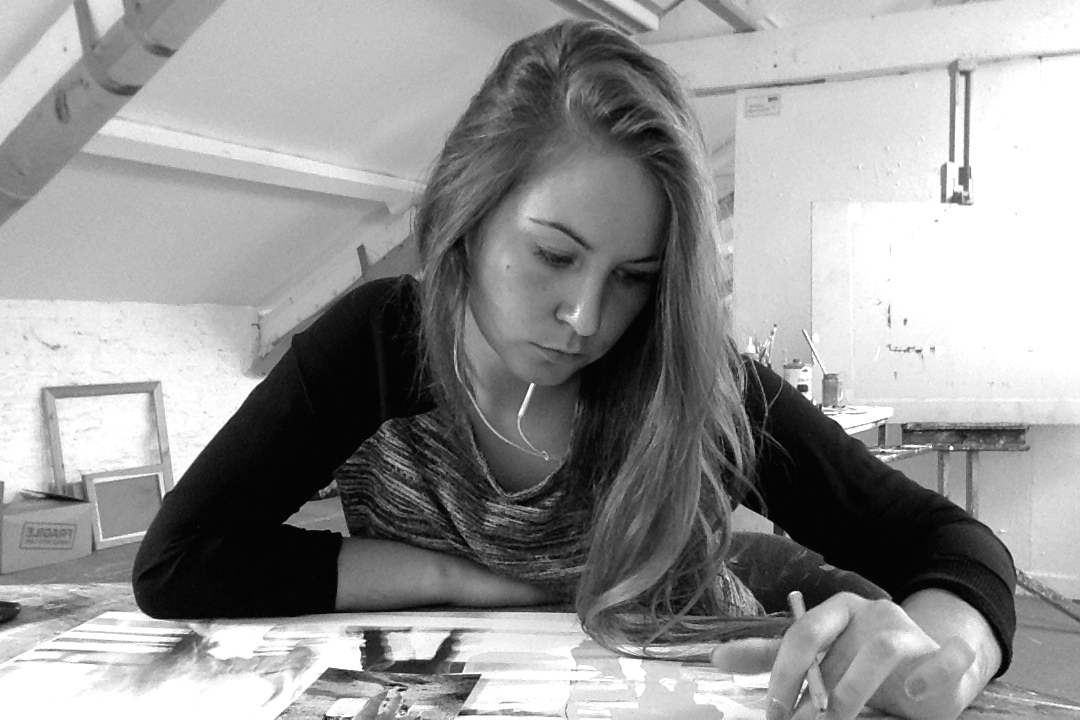 During my time at college I became enthusiastic about abstraction. I loved the freedom of expression it allowed and once I began exploring the different possibilities I was immediately transported to a different state of being. I intuitively recorded the extensive private and personal matters that lingered deep within my unconscious mind and painting became my escape.

Through further experimentation with paint print and photography I soon discovered various ways of creating my desired visuals, images that fell between abstraction and representation, ones that revealed as much as they concealed, while also capturing the fleeting transience of my memories.

Since completing college it is through visual art that I have grown in self-awareness and chosen to define myself rather than to be defined by another. Art is a vehicle for self-expression and it is a type of communication that can surpass cultural boundaries and divides. My work has always been an expression of myself and it is vastly influenced by my childhood memories and personal experiences, which are ultimately those of an Irish Traveller. As a member of one of the most socially excluded groups in Irish society my memories are sometimes spoiled by extensive experiences of being identified as a negative stereotype. However not all my memories are blemished and I retain others that are untouched by negativity.

Hence I have chosen to document and record my experiences of past and present so that I can encapsulate the positive and authentic norms that remain constant throughout the years. Documenting for both myself and for the outsider an artistic auto- ethnographic view of the community before it is lost forever.

‘My work is subtle, contemplative, distinctly modern and entrepreneurial in its approach to presenting hidden aspects of contemporary Ireland’s Traveller culture from the rarely seen standpoint of an insider.’ LMCD